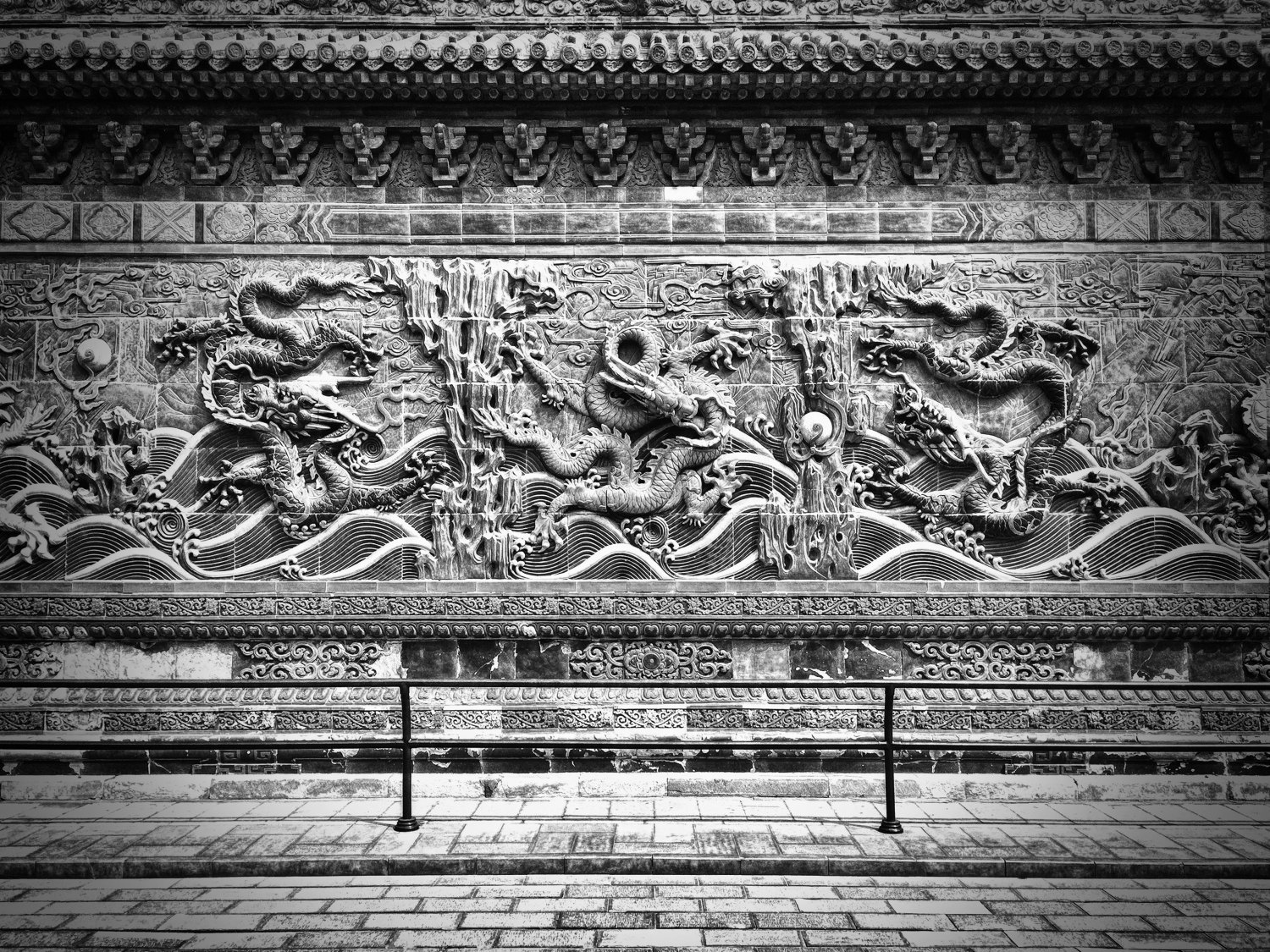 That’s what the Dragon Test helps you understand.  Think about your story, your world, or the story you want to write and the world it takes place in.  If you don’t have one, think of your favorite book, that universe, and its rules.  Ready?  Let’s take the test!

Can this world contain a dragon?

Unless you pull a Peter Dickinson Flight of Dragons or an S. Andrew Swann Dragons of the Cuyahoga, it’s really difficult to explain how dragons can overcome the physics, not to mention, the evolution necessary to create all the elements that make up a traditional dragon.  Not just the giant, scaly creatures, but also fire-breathing, flying (which usually means six-limbs instead of four), extreme age, and (in some legends) the ability to speak.  These are all so improbable as to be rendered nearly impossible.

Hence, no dragons in our world.

And there lies the conundrum for any world-building in genre fiction.  Dragons can, and should, cross genre, just as Swann’s Dragons of the Cuyahoga straddles urban fantasy and science fiction dystopia.  Fantasy has the strongest market on dragons, with epics like The Hobbit right up through Harry Potter.  But science fiction has its own, like Anne McCaffrey’s Dragon Riders of Pern, and even an episode of “Doctor Who.”  Patrick Rothfuss’ fantasy took a left-turn with his “draccus” stripping away the cool elements in favor of a more realistic creature around which myth has grown.

All of these authors answered “Yes” to the Dragon Test, and built a world that could sustain and support their dragons. 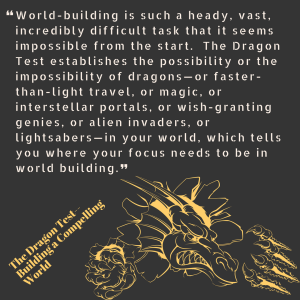 By contrast, there are no dragons in To Kill a Mockingbird, Moby Dick, Pride & Prejudice, Around the World in 80 Days, Frankenstein or Dracula.  In these cases, the author answered “No” and crafted the world accordingly.

This is what every author should do.

World-building is such a heady, vast, incredibly difficult task that it seems impossible from the start.  The Dragon Test establishes the possibility or the impossibility of dragons—or faster-than-light travel, or magic, or interstellar portals, or wish-granting genies, or alien invaders, or lightsabers—in your world, which tells you where your focus needs to be in world building.

Consider the dragons (and magic) in George R.R. Martin’s Song of Ice and Fire (or Game of Thrones if you’re watching the television version).  Martin establishes early that dragons were a thing—past tense—but that they’ve long since passed from the world and into legend.  Ok, cool.  He goes further, by showing how they diminished over time into memories and nothingness.  The world Martin built already housed dragons, so it could easily manage them again, and their imminent return is hardly surprising.

By contrast, Joe Abercrombie’s The First Law Trilogy is a much more gritty, bloody, dark and dismal place—but no dragons.  However, magic does.  It’s a visceral, dark, even scary kind of magic that is far more likely to kill the user, and everyone around, than it is to help.  Learning magic is difficult at best, and using it takes a visible, solid toll even on the most experienced.  Abercrombie has created a world where dragons don’t exist, but magic does, and his world sustains a realistic view of that magic.

The argument for a gray-area is certainly allowed, but the world starts to become wishy-washy and is subject to Mary Sues, Marty Stus, and deus ex machina.  The author must handwave away the realities of their world to make room for a plot-driven device so that everything fits.  These elements tend to be unsatisfying to the reader, taking away from the plot and the characters, as if the struggles and efforts weren’t necessary.  So, take the Dragon Test as the first step to crafting your believable world.  And keep in mind how the presence or lack of dragons (or any other fictional/fantastical tools) impact your history, your legends, your geography, your socioeconomics, etc.

The moment you start writing, you are world-building, even if you don’t know it.  The Dragon Test helps give you a direction.  If your readers know, because you told them through your world, that dragons either can show up, because they’re legitimate, or they can’t, because they aren’t—you’ve done it right.

R.A. McCandless has been a writer both professionally and creatively for over two decades.  He was born under a wandering star that led to a degree in Communication and English with a focus on creative writing.  He’s the author of the urban fantasy TEARS OF HEAVEN winner of the 2014 Best Science Fiction and Fantasy Preditors & Editors Reader’s Poll and a 2015 EPIC eBook finalist, and HELL BECOMES HER.  His shorts have appeared in IN SHAMBLES (with Kevin J. Anderson) NINE HEROES, and GEARS, GADGETS AND STEAM.  He continues to research and write historical and genre fiction, battle sprinklers, and play with his three boys.

Don’t forget to check out TEARS OF HEAVEN! 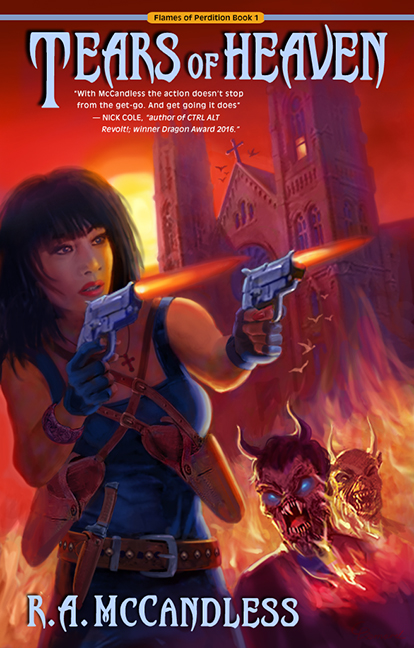 A child of angels and humans, Del is a sarcastic, fast-talking, dangerous, and unpredictable demon hunter.  She and her partner Marrin take their orders directly from the angel Ahadiel.  They obey, or they’ll be destroyed.  It’s not the job Del wants, but it’s the job she has.

Normally, banishing a rogue demon back to Hell wouldn’t be a problem.  Del and Marrin have a few centuries of experience.  It’s all part of the job description.  But when Ahadiel orders them to take down three demons at the once the job goes from bad to worse.  The demons, with supernatural powers and their own agenda, have kidnapped children for their own nefarious ends.

With angels breathing down her neck, children to save, and demons gunning for her blood, Del is running out of time.

That’s exactly where she wants to be.

Book 1 of the Flames of Perdition series.

You can buy Tears of Heaven from any fine book or ebook retailer including Amazon and Barnes & Noble.