Today I get the pleasure of chatting with Author Stephen Coghlan about his experiences publishing with a small publishing house, what he’s learned in his fifteen years of writing, and his latest project, NOBILIS: Seedling, coming soon from Thurston Howl Publications.

Q: So your latest novel, NOBILIS, is scheduled to be published in 2018. Tell us a little bit more about the novel and how it came to be. What inspired the story?

A: Nobilis was inspired by a desire to write a fun deep space novel that could entertain as well as follow physics more closely. I’ve always loved sci-fi and its ability to reflect humanity. The idea had been brewing in my head during my college days, but it morphed shortly before I began writing it. I changed a lot of the characters so it wasn’t so ‘human-centric’ and in fact, removed humanity as being this powerful force in the universe. Among space, humanity is an unliked and considerably young species. You can think of it as humanity being one large minority.

It also became a satire about economics, but that was an unintentional side effect as I built the world. It works though, and seems to be more accurate every time I read it over.

Lastly, I threw in a few jokes about gardening and topiary. Both writing and gardening are creative, and just like plants, words can sometimes misbehave.

Q: NOBILIS is the second book of yours published through Thurston Howl Publications, correct? Your first novel, GENMOS: Gathering Storms, came out March of this year. Can you run us through the process once you submit a novel for publishing. What is it like working with an editor? How much control do you have over the title and cover? How does the publication process work?

A: So first you submit, then you wait and chew your fingernails down to the quick. This goes for any novel you submit, as small presses can not afford to just sign you on your name alone.

Once it’s accepted, you are then allotted a primary editor, who works with you in order to make your story smooth and acceptable. For Genmos, this meant a suggestion to change characters, drop scenes, and alter the person from 1st to 3rd. It was a drastic shift, but one that I’m super happy about. Overpowered and unrealistic characters were weakened, and coincidences were given explanations.

Nobilis had a lot fewer primary changes, but I rack that up to both being a different story, and having learned a lot from Genmos. Aside from remarks about the universe, adding or dropping descriptions, there was only one major change. Back when I wrote Nobilis, I thought it was funny to include an attempted Female on Male, um, sexual assault. I’ve matured as a person since then, and with the primary editor’s help, we changed it to something that instead shows the power dynamic of the two characters, who aren’t human, while highlighting some of their cultural aspects.

So once that’s done, the book then heads to beta readers, who pour over it looking for grammar issues or anything that’s been missed. At that point, its out of your hands. You just have to wait.

As far as titles and covers go, you can suggest a cover, but signing a book to a publisher is like leasing your words as a structure. You OWN the words, the story, but they can dress it up as they like. They will pick a cover in the end. If its one you suggested, great, but don’t be shocked if its not. You have to remember that they have more experience, and they have a team working to make it special.

Thurston Howl Publications is super great to work with, because each member involved with the work, plus the upper management, is fun and caring to work with. They take the time to make sure your work feels special.

Q: How much of the marketing responsibility falls on the author with a small publishing house?

A: Small houses don’t have quite a large budget, but they do have a fan base. That being said, there is a LOT of work that you, as the writer, have to do. I’ve released Facebook ads, become active on twitter, sought reviews, and continually released short fictions, free or into anthologies just to get my name out there. In one year, I’ve had 11 shorts published by various houses and have released 4 shorts for free through smashwords.

I’m always advertising, but just not about the book.

I think the most important thing is to advertise YOU first. Say, “Hey, I have a writing style, a routine, a persona, and if you’ve come to like me, why not check out my works”.

A: I’m a father of two growing boys, a husband to a working wife, and I also hold down a full-time job in commercial and industrial construction. My biggest struggle IS finding time. I normally try to write during the mornings before work, so I’ll wake up at 4:30, make a breakfast, pack my lunch, and while eating, write. Than, during supper, if my wife is working and I finish my meal fast enough, I’ll try to squeak in a few more minutes.

So instead, I use digital memo pads, voice recorders, and cloud software to help me write whenever I have even a minute of spare time.

Q: Who are the authors that influenced you and your writing the most?

A: I was raised during my youth in a rural subdivision, without cable and in a time before the internet was popular. If you weren’t wandering the woods, than there was pretty much just books or an Apple II plus to occupy your time.

Anne McCaffrey was the one author who finally set my hooks in hard. I loved her Pern series and her collaborations with Jody Lynn Nye, and it encouraged me to really explore science fiction.

Frank Herbert was probably next. I picked up the entire DUNE series at a thrift store for less than five bucks. The first time I read it, I wasn’t ready, so I read it again and fell in love with the universe, but he wrote other novels and I sought those out too.

Steve Jackson and Ian Livingston’s fighting fantasy books became a favorite too, because it was a story you chose. I might have around two or three dozen in my collection. Their stories showed me that worlds could be expansive, and that it was okay to dream.

Q: What is the biggest struggle you have faced as a writer? How did you overcome that?

A: I’ve never had a problem coming up with ideas, or even plowing through once I sit down to write. My biggest issues have been finding a publisher who would take a chance with me, and finding time to write. GENMOS and NOBILIS are each about 15 years old. It’s been a lot of hard knocks and rejections, editing and crafting, until they were accepted. The key is, I never stopped. English grammar rules have always been difficult for me, but I chose one at a time to focus on, I studies other authors, read about showing, not telling, and each rejection, I edited the MS, enhanced it.

The story was there, the writing needed tweaking.

Q: You mentioned that you are sometimes afraid of the darkness and violence that comes out in your writing. This is something I can relate to and I often struggle to accept this side of me. How do you deal when your writing reveals something about yourself you weren’t prepared for?

A: I shudder, first. I know there’s a darkness inside of me, and I used to embrace it in my writing. I tortured characters, made them fight through their weakest and most pained moments.

That changed when I became a father. Sometimes, when I go back on those pieces, I look at it and wonder if its something I want my kids to read, if they ever decide to check out my works. I’ve made it very clear now, in my writing, that some of my stories are YA safe. They are the ones I’ll let my kids read, but the ones labeled for adults is done so for a reason. 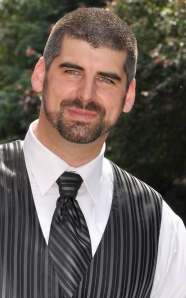 Stephen Coghlan is a growing author hailing from just outside the national capital of Canada. His works include the Genetically Modified Species series and the upcoming Nobilis series, and quite the smattering of short stories. When not creating fantastic adventures in far flung realities, he can be found erecting buildings and creating strategies for controlling environments.

Check out Coghlan’s website, http://scoghlan.com, for updates on his latest novels, excellent writing tools on his blog. Join him on twitter as he hosts the hashtag game #Words2Show.

I’m writing this letter to you because I want to tell you how my family the Genmos, became recognized as living beings.

You might have heard of us in the news recently, but if you haven’t, let me quickly fill you in.

It all started years ago when my dad used a government contract to create super-soldiers for his own needs. After almost a decade of providing limited success, the project was canceled and we were ordered destroyed. Unwilling to kill his children, dad hid us throughout the country, splitting us up from each other.

Just after my eighth birthday, my oldest sister got into some hot water. Her guardian had died and she was forced to live on the streets. When several witnesses reported seeing her, it sparked a race to recover her, and my other siblings, between my father and the agency that had ordered us destroyed. That night began my people’s fight for our rights, our freedom, and our very lives.

I’ve collected writings from my siblings and have tried to put them into an order that I hope makes sense for you. This is our story.

Or Fusselschwarm for those in Europe 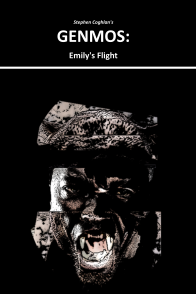 If Nozomi had known that the discovery of the giant alien would lead to her parents’ deaths, her brother being lost into a coma, and a world dying in a fiery apocalypse caused by her hand, she would have just stayed in bed.

In the years since she’s found a home on a remote mining station and has been able to hide her past by stuffing the giant alien being that sustains her brother’s comatose body into a cargo container, but then the race that murdered her family finds her. Forced to flee in a rickety spaceship captained by a man twice her age with just as many secrets, they are joined by an alien princess and her enslaved husband, four children of assorted species who’ve never been off-station, and a scientist with the social graces of rotting meat.

Together, they must try to survive the storms that the galaxy throws against them, which includes greedy mega-corporations, raiders, pirates, the occasional band of slavers, and their own phantoms from the past, as they flee from the destruction of their home and try and rebuild their lives. 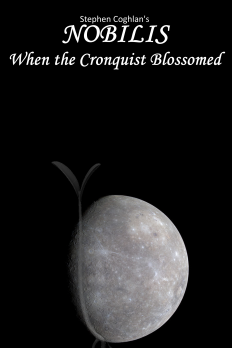 You’re invited to read the free short NOBILIS: When The Cronquist Blossomed which takes place in the same universe.