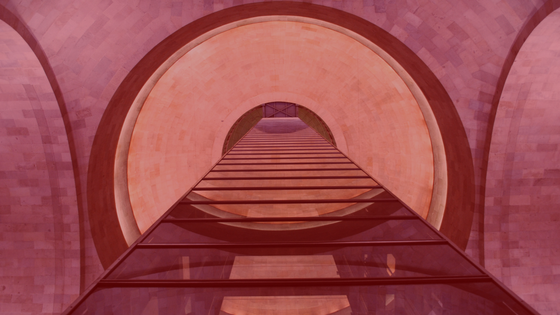 In all the years I had been alive, the thought of dying had never entered my thoughts. Like most Muse, death was thought of as just another transition; no more real than when a character we played expired, and we returned to The Graveyard. For but the briefest of moments, I stood transfixed, wondering if I did indeed have a problem with dying. Realizing that I did, or at least I didn’t want this to be the moment I found out, I hurried after Muse Ten-thirty-six, reaching his side just as the lift doors slid open. We boarded the lift, and I waited for the doors to close. They didn’t. 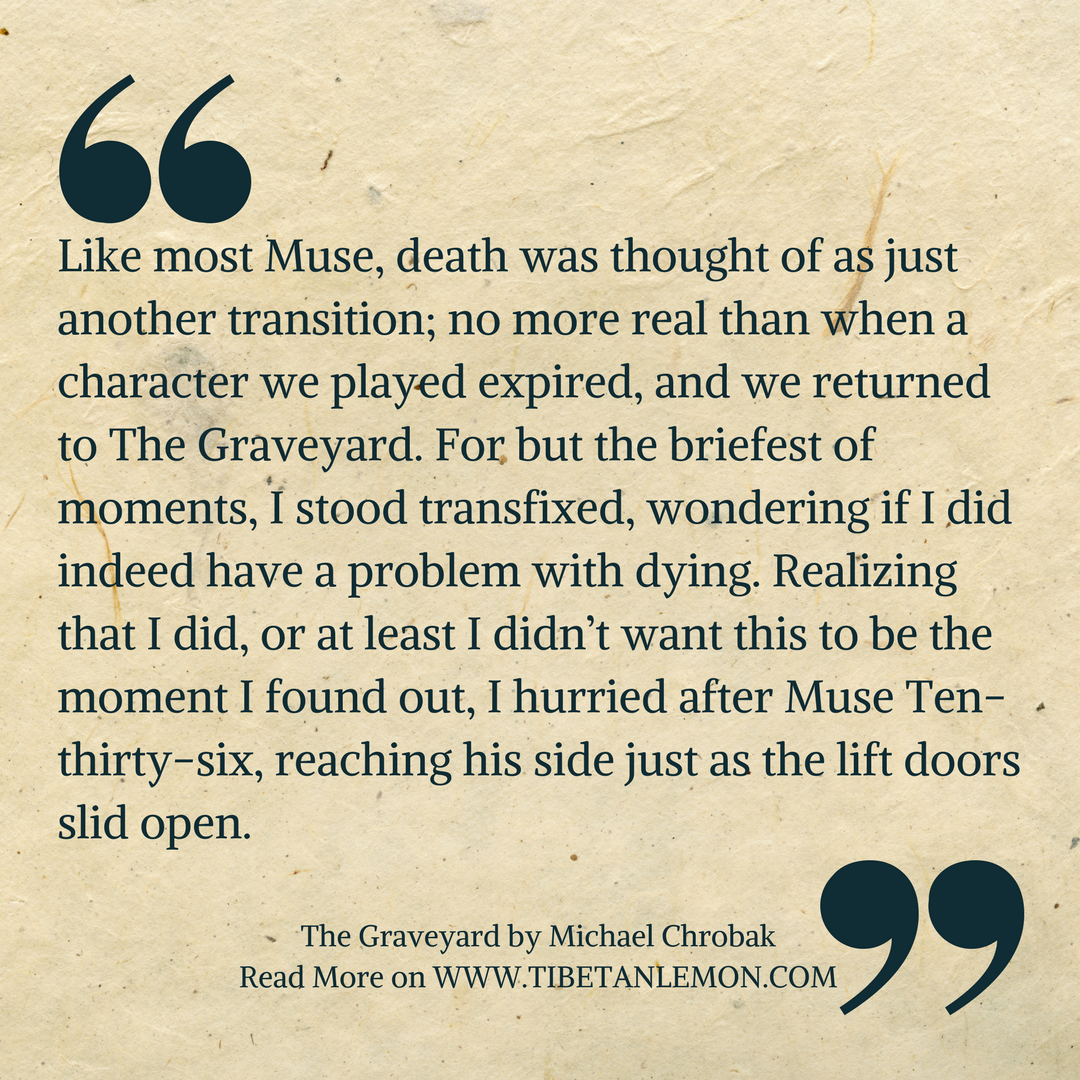 I glanced at my companion, wondering why we had not yet begun to move. I saw him casually nod his head, tilting to the left, which was back the way we had just come. Turning, I noticed I had left his bags on the ground, though I couldn’t remember them ever having left my hand.

“Oh, damn,” I whispered, giving my companion a curious glance. “What should I do?’

“Go get them,” was all he said, his face as blasé as it had been since we met.

“Go get them? What about Security Protocol Zed?”

He glanced at his watch.

“Not unless you’re quite slow,” he said with a playful smirk. “You have twenty-eight seconds left.”

“You don’t expect me to run out there with twenty-eight seconds, do you?”

I stared at him for a brief moment, realizing that he did, in fact, expect me to do exactly that. And so, I did. With a sound that was somewhere between a grunt and a moan, I rushed back down the hallway, my eyes wide and my heart racing. When I was nearly half-way to the bags, I heard him mutter nonchalantly, “Twenty! You may want to pick up the pace!”

I had never felt fear like I had at that moment. My mind calculated the distance to the bags as my feet pounded rapidly across the floor. I estimated it would take six more seconds to reach them, which meant the trip there ate up eleven seconds total, leaving me fourteen to return. Eleven seconds each way was twenty-two total. That left only three seconds to slow down, grab the bags, turn around and head back to the lift. Yeah, I had better hurry.

I reached the bags, sliding in the dust as I scooped them up.

My feet fought for traction as I reversed direction back towards the lift. They slipped twice more.

Groaning in anticipation of what was sure to come, I ran faster than I had ever run before. When I was but a stone’s throw away, Thirty-six began counting with his fingers as well as out loud.

The lights in the hallway turned red. A computerized voice began to repeat Intruder Alert.

It would be close. I was covered in sweat and felt as if I may have wet myself.

My body pushed to its limit and my mind wracked with fear, I dove forward, hoping it was not too late.

I struck the ground, hard, sliding the final distance on the dusty floor. My breath exploded as I crashed into the back wall of the lift.

I had made it.

I was also completely exhausted and my nerves were on fire. There was also a growing sensation of pain flooding my shoulder and head from where they had struck the back wall of the lift. But I was alive. For a moment, neither of us moved. Then, the euphoria of the moment took over, and I began to laugh. 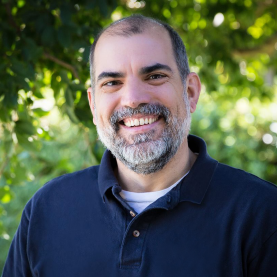 So, who am I? Well, that’s a question I’ve been asking myself for a long, long time. And I’m not talking about labels, like; husband, father, brother, son, neighbor, friend, etc. Yeah, even ‘author’ is a label. None of those define me, they only define my relationship to this world.

Maybe that’s why I write. The more stories I tell, the more ‘me’ I find. There’s a little piece of me inside every character and adventure I create. The struggles I’ve had, the wonders I’ve seen, the beauty I’ve encountered, and the sorrow I’ve felt.

I’ve been writing since I was young; I just never had the courage before to let the world read any of it. But what good is creating something if no one sees it but you? Besides, I think the only way we can truly know someone is to find the memories they leave behind. I wonder what my memories will be…

Don’t forget to check out The Paladin of Panama, Book 2 in the Brother Thomas and the Guardians of Zion series

Brother Thomas and the Guardians of Zion is a 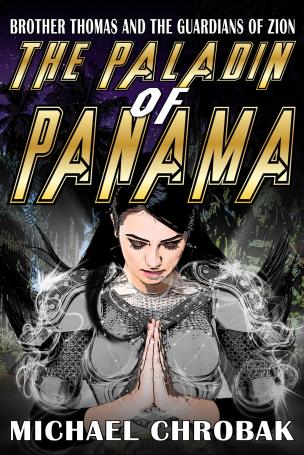 Christian YA Fantasy series that asks the question, “What if the Fruits of the Holy Spirit manifested as superpowers?” Faith, Patience, Chastity, Charity, Joy, Peace, Kindness, Goodness, Generosity, Gentleness, Modesty and Self-Control as superpowers? Why not? Jesus said our faith can move mountains, right?

Book One, Foundations of Faith (the fruit of Faith) begins the saga, as young Thomas, a typical teen with serious doubts about his faith, faces several significant trials as he begins to discover the true depth of his faith. He is visited in a dream by one of the Saints who gives him a quest – to find the Guardians of Zion, young people, much like himself, who have been gifted with special powers. The first of these is Theresa, who calls herself The Endlessly Dying Girl.

Book Two, The Paladin of Panama (the fruit of Chastity) finds Thomas deep in the jungle during a mission project to help build a school when he is once more challenged by The Darkness, aka: the Devil. This time, not only is his life in jeopardy, but so, too, are the lives of his friends, one of which is destined to become The Paladin and will wear the Armor of God.

Book Three, The Guardians Crest (the fruit of Patience) is currently in progress and is scheduled to be released before the end of the year. Who will the next teenage superhero be? And what spiritual superpower will they control? All will be revealed….soon.

You can find out more about the author, his books, and information regarding discounts for schools, churches, youth programs and book clubs on his website at https://michaelchrobakauthor.com or on Amazon by clicking here.