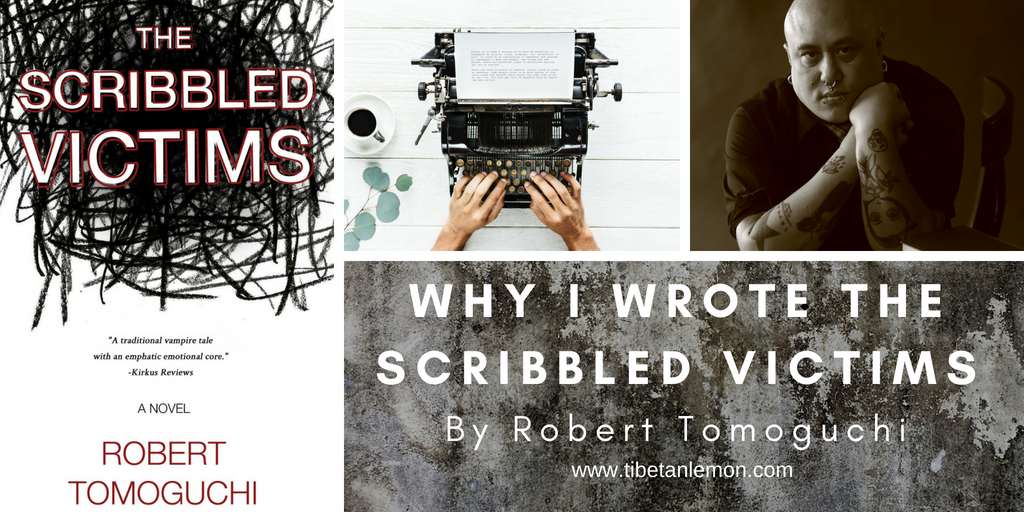 A friend recently suggested I share with people why I wrote The Scribbled Victims. To those who read it, hopefully it is an entertaining and redeeming story that will be enjoyed regardless of my reasons. I had a public relations firm help with the launch of the novel and they asked me the same thing. This was the answer I gave them:

I wrote The Scribbled Victims as a way to explore different types of love between people, including obsessive romantic love and how it can be tempered upon discovering the love for a child. A vampire novel seemed like the perfect way to express undying love as I would be writing about immortals. The Scribbled Victims also allowed me to have two characters I created and love very much to collide with each other on page after page.

That answer is true but not very specific as it fails to mention the name Ashley Vargas and says nothing of how her youthful death endlessly torments my heart. 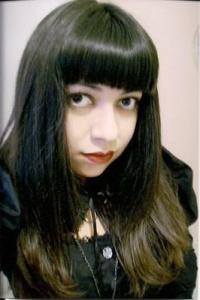 Ashley and I first connected when I discovered her drawings on the DeviantArt website, and I commissioned her to do a simple drawing of a doll whose arm had fallen off. Although I was willing to pay her fee in full up front, her parents insisted I pay her half via certified check to start, and the balance when the drawing was completed. It was then that I realized the artist I was communicating with was only sixteen years old.

After everything with that commission went smoothly, I approached Ashley with another project—to illustrate a fairy tale I was working on at the time called The Ascension of the Blind Princess. I let her read as much of the story I had completed at the time and she readily agreed. This time we would be partners in the endeavor and signed a contract, splitting the royalties 50-50.

She began drawing immediately, before I even had a final draft. There were to be ten illustrations. We engaged heavily in the collaboration and quickly became friends. But in early November 2011, Ashley began having difficulties drawing as her shoulder began to hurt. By the end of the month her doctors found she had a cancerous tumor. She was optimistic about beating the cancer and as much as I pleaded with her not to worry about our book until she was healed, she remained passionately committed to our project, vigorously drawing on the days when the pain was bearable.

The day after Christmas, I began writing notes for a screenplay that had the working title of Feeding Evil. It was a story about a vampire who meets an artistically talented young girl with leukemia. But the strictly defined number of pages permitted for a commercial screenplay made me eventually abandon the medium, and I began rewriting it as a novel that would eventually become The Scribbled Victims.

In early 2012 Ashley was diagnosed with Alveolar soft part sarcoma. She underwent chemotherapy. She continued to draw for our book, but her progress definitely slowed, and my heart broke for the first time for her when she suggested I find a new illustrator. She was acknowledging that she might not survive. I refused to work with someone else, and I think she was happy about that. She was in and out of the hospital. A hospital bed was brought to her home. A doctor at UCLA gave her hope with a new kind of treatment for her condition, but her insurance company did not want to pay for it.

I had already decided to publish The Ascension of the Blind Princess with the six illustrations Ashley had done, including one that remained unfinished. I was determined to have our book in print so she could see it and hold it in her hands.

One day when she was feeling better than usual, we decided to go to the beach—just to sit and talk, not to go in the water. On my drive down to San Diego, I learned that she asked her mother to help her out of bed because she wanted to wear a goth dress for when I arrived. By then, the tumors in her leg were so large that when she tried to stand, her leg shattered. I arrived just in time to watch as she was placed in an ambulance and driven to the hospital. At the time I had no idea she would never return home.

Of course I visited her in the hospital. Often she slept, but when she was awake we would talk, and I read to her from A Goth Noob Picnic in the Cemetery Where DJ Dumbshit is Buried, but we only made it halfway through the book. It was during one of my visits that a priest came to give her communion as she lay in her hospital bed. She looked away as she received it. Standing there seeing the expression on her silent face was the most difficult thing I’d ever had to endure. My heart completely broke. She knew the communion meant all were acknowledging it was over. A couple days later her father phoned to tell me she passed. I had failed to get our book into her hands. She never saw it. She never held it. I spoke at her memorial service.

So what is The Scribbled Victims?

In the simplest terms, you could say it is my way of keeping Ashley Vargas alive through the character of Orly Bialek, who, as a vampire, will live forever.

But is Orly Ashley? Yes and no. As a storyteller you have to change real life events and people in order to weave a complete and cohesive story. Characters grow in different directions than those they are modeled after. Ashley wasn’t bratty like Orly is. Ashley couldn’t have killed anyone, even if her life depended on it. Ashley wasn’t a foster child. Ashley had Alveolar soft part sarcoma. Orly had leukemia, but that was just because leukemia is cancer of the blood and this was a vampire story. But what is true is that Orly, like Ashley, was an artist who was fated to die young, but wanted to live a full life.

As I sat in her hospital room, I thought about how many more years I had already lived than Ashley ever would, and made a wish that I could take her cancer from her. It wasn’t a difficult wish to make and I meant it wholeheartedly, just as in the end, it wasn’t difficult for Yelena to make her choice. But that’s why The Scribbled Victims is a fiction—because there was a choice.

Ashley will be forever frozen in my memory at the age of nineteen, just like Orly will always appear twelve years old. In real life, I don’t know if Ashley had ever truly been in love romantically. But the possibility that Ashley died too young for that to happen naturally is what made me decide to make it impossible for Orly to ever experience true love herself.

Yelena’s crazy obsessive love for Marcel is how I loved when I was in my twenties. I thought romantic love was supreme and that no other kind of love could touch one’s heart as deeply and last as permanently. But it was Ashley’s slow decline during our friendship that taught me that wasn’t true. She remains buried within my heart and within the pages of this book.

Robert began writing at the age of thirteen. When he was sixteen he read The Dead by James Joyce and instantly knew he wanted to be a writer for life. As an adult he has penned stage plays and screenplays but remains devoted to fiction and has authored multiple books. In 2017 he published his first full-length novel, The Scribbled Victims.

Robert is a proud Banana Slug having attended Porter College at the University of California, Santa Cruz, where he received his degree in Modern Literary Studies in 1995. He primarily enjoys reading modern and contemporary literature, especially transgressive fiction.

You can also connect with Robert on your favorite social media platform:

Don’t forget to check out The Scribbled Victims! 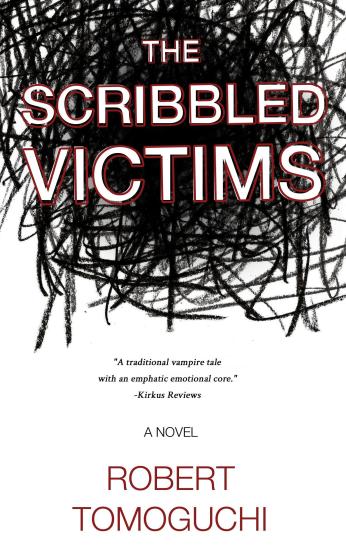 Living the immortal life of a vampire hasn’t been easy for Yelena Solodnikova. With all her heart, she loved the ancient vampire Marcel who made her, and expected to spend eternity with him. But after over a century together, Marcel disappeared without a word, leaving Yelena brokenhearted. To make things more difficult, Yelena goes completely against the nature of her vampiric race by developing a conscience and begins to feel guilt for all the mortals she kills each night in Los Angeles.

A chance encounter with twelve year old orphan Orly Bialek changes everything for Yelena, as Orly has a supernatural gift. Orly is able to scribble portraits of people and see the evil deeds they have committed. With Orly’s ability to find predators of all sorts—murderers, rapists, drug dealers—roaming the streets of Los Angeles, she is able to provide Yelena a way to feed without feeling guilty even when the deaths are violent and torturous.

The pair bonds quickly, forming a mother/daughter relationship and this begins to heal Yelena’s broken heart while allowing Orly, who has lived in a string of foster homes, to feel loved for the first time. It’s the perfect symbiotic relationship except for one thing—Orly is rapidly dying of leukemia.

If Yelena allows Orly to die, she will lose the daughter she has come to love as well as the guilt-free meals she’s grown accustomed to. But if Yelena saves Orly’s life by turning her into a vampire, not only will she be going against the rules of vampiric tradition, she will be dooming Orly to an eternal existence devoid of true romantic love, as Orly will always appear to those around her, both mortals and immortals alike, as untouchable, as she will forever be trapped in the body of a child.

The Scribbled Victims is available on Amazon in both paperback and Kindle.