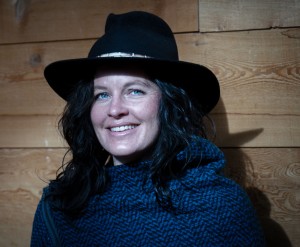 Emily Carr says that she “writes murder mysteries that turn into love poems that are sometimes (by her McSweeney’s editors, for example) called divorce poems.” She has lived all over the world and is the author of several collections and chapbooks of poems. Her first collection of fiction, Name Your Bird Without A Gun: a Tarot novella, is forthcoming from Spork Press in 2019. After she got an MFA in poetry from the University of North Carolina-Wilmington, she took a doctorate in ecopoetics at the University of Calgary. These days, she’s the program director of the low-residency MFA in creative writing at Oregon State University-Cascades. Her newest book, Whosoever Has Let a Minotaur Enter Them, Or a Sonnet—, is available from McSweeney’s. It inspired a beer of the same name, now available at the Ale Apothecary.

whosoever has let a minotaur enter them, or a sonnet— (McSweeney’s Poetry Series 2016)

This collection of prose poem fables was a finalist in the Cleveland State University Poetry Center Open Book Competition 2010 and the National Poetry Series 2011. How does a love poet fall out of her marriage and back in love with the world? What happens when you grow up to be the “kind of person who…”? These fairytales are for the heartbreakers as much as the heartbroken, for those smitten with wanderlust, for those who believe in loving this world through art.

Craig Dworkin writes: Carr unfurls a world shot through with the embodied spiritual, a universe numinous and immanent, replete with permeated mediation. She is attuned to what translates between realms, to what ligatures bodies and what lingers at the thresholds of borders formed in the very moment of their transgression. The consciousness in Minotaur, in short, is ecstatic—standing outside itself—with both the religious and sexual valences of the word…

These poems would be religious even without their hosts of avian saints and angels and their spill of Gods because they bind us back—in the radical sense of re + ligare—to a world of inextricable entanglement. The gods here float, as they did for Pound, in the azure air.

Emily talks about writing whosoever has let a minotaur enter them, or a sonnet— on Lithub https://lithub.com/finding-poems-in-my-own-labyrinth/ and in McSweeney’s Internet Tendency https://www.mcsweeneys.net/articles/an-interview-with-emily-carr-about-her-latest-poetry-collection-whosoever-has-let-a-minotaur-enter-them-or-a-sonnet