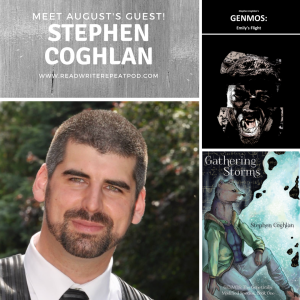 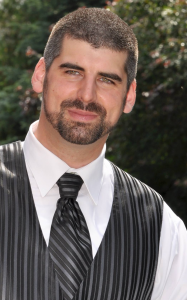 Stephen Coghlan is a growing author hailing from just outside the national capital of Canada. His works include the Genetically Modified Species series and the upcoming Nobilis series, and quite the smattering of short stories. When not creating fantastic adventures in far-flung realities, he can be found erecting buildings and creating strategies for controlling environments.

Check out Coghlan’s website, http://scoghlan.com, for updates on his latest novels, excellent writing tools on his blog. Join him on twitter as he hosts the hashtag game #Words2Show.

I’m writing this letter to you because I want to tell you how my family the Genmos, became recognized as living beings.

You might have heard of us in the news recently, but if you haven’t, let me quickly fill you in.

It all started years ago when my dad used a government contract to create super-soldiers for his own needs. After almost a decade of providing limited success, the project was canceled and we were ordered destroyed. Unwilling to kill his children, dad hid us throughout the country, splitting us up from each other.

Just after my eighth birthday, my oldest sister got into some hot water. Her guardian had died and she was forced to live on the streets. When several witnesses reported seeing her, it sparked a race to recover her, and my other siblings, between my father and the agency that had ordered us destroyed. That night began my people’s fight for our rights, our freedom, and our very lives.

I’ve collected writings from my siblings and have tried to put them into an order that I hope makes sense for you. This is our story.

If Nozomi had known that the discovery of the giant alien would lead to her parents’ deaths, her brother being lost into a coma, and a world dying in a fiery apocalypse caused by her hand, she would have just stayed in bed.

In the years since she’s found a home on a remote mining station and has been able to hide her past by stuffing the giant alien being that sustains her brother’s comatose body into a cargo container, but then the race that murdered her family finds her. Forced to flee in a rickety spaceship captained by a man twice her age with just as many secrets, they are joined by an alien princess and her enslaved husband, four children of assorted species who’ve never been off-station, and a scientist with the social graces of rotting meat.

Together, they must try to survive the storms that the galaxy throws against them, which includes greedy mega-corporations, raiders, pirates, the occasional band of slavers, and their own phantoms from the past, as they flee from the destruction of their home and try and rebuild their lives.

You’re invited to read the free short NOBILIS: When The Cronquist Blossomed which takes place in the same universe.